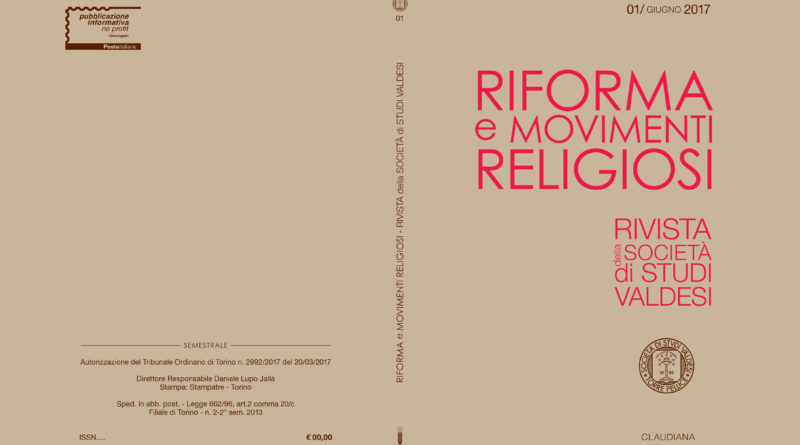 In the Middle Ages the abbey in Monte Cassino played a marginal role in the fight against heretics, limited to the monk Alberic’s participation in the Lateran Council convoked against Berengarius of Tours. Yet, as many as four manuscripts drafted in the Monte Cassino scriptorium from the early XI century show miniatures referring to heresy. These iconographic creations have different meanings. While two pictures of the Samson and the wolves episode (Judges, 15, 1-15) could refer to the old destructions of the abbey by Longobards and Saracens, one miniature showing heretics in the guise of philosophers expresses the monks’ suspicion of dialectics, of philosophy. An image of Bishop Sylvester presiding over the council of Nicaea and treading on three heretics has a highly reformist and Gregorian significance as the heretics invoke the antipopes elected by the emperors. The case of Monte Cassino is thus emblematic of how an anti-heretical discourse can be formulated in the absence of deviant cultural doctrines or practices. At the same time, it shows that the polysemic and multipurpose concept of heresy can be used to give shape to rather insubstantial fears (like that of the dialecticians-philosophers of the early XI century) or to denote political opponents (the antipopes).

Bartholomé Tecia was an Italian student from Piedmont at the Academy of Geneva. In May 1566, at the age of fifteen, he was accused by some of his fellow students of trying to engage in sodomy with them. Brought before the city’s authorities, in a series of dramatic interrogations he admitted his guilt and in the space of only a few days was executed by drowning. Detailed study of the case not only makes it possible to undertake a historical examination of clandestine systems of homosexual relations, customs and experiences, the traces of which would be swallowed up in the course of the sixteenth century as a result of the imposition of a rigid evangelical and Counter-Reformation morality. It also enables one to gauge the effects from the institutionalization of the Calvinist reform on a small number of adolescent individuals and to analyze the interrelationships established between them and the bodies that were the guardians and interpreters of that reform.

The article presents, and edits in the appendix, two documents conserved in the State Archives in Freiburg. One of them is a letter from the notary Giovanni Reinieri to Scipione Lentolo and his wife Maria (1578) presumably written after a lapse of five years to inform them both of the condition of their relations and friends who still lived in the valleys. The other consists of manuscript annotations made between 1576 and 1584 on the protective sheets in his own personal Bible, which contain various data on the birth, baptism and often death of the couple’s children. Often supplemented with what is stated in the, still unpublished, eighth volume of the celebrated Historia delle crudeli persecuzioni [History of Cruel Persecutions] by Lentolo, the documents provide several hints for studying various aspects of life in Waldensian communities in the second half of the 16th century. After describing the documents and illustrating the ties of friendship and esteem between Lentolo and Reinieri, the Author focuses first on the socio-economic and then on the strictly religious aspects. Regarding the latter, among several other new elements, it is worth underlining the information provided by the documents as to baptism practices (in particular the role of godparents) among the reformed communities in the valleys. In the last part of the article, instead, an analysis is made of the data on the relatives of the pair, the reformed communities that had been under the direct supervision of Scipione from 1560 to 1565 and, lastly, the other ministers with whom the Neapolitan had collaborated before being removed from the valleys.

The book by Denis Veiras, l’Histoire des Sévarambes (1675-1679) one of the essential texts of modern utopias, returned to the limelight, as evidenced by recent historical, literary and anthropological research. This article intends to present and discuss the use of the text during the eighteenth century in the context of Enlightenment culture and the rediscovery in the 20th century. Moreover it suggest some considerations on the ideas of political and religious reform of Veiras in the context of the crisis of European consciousness.