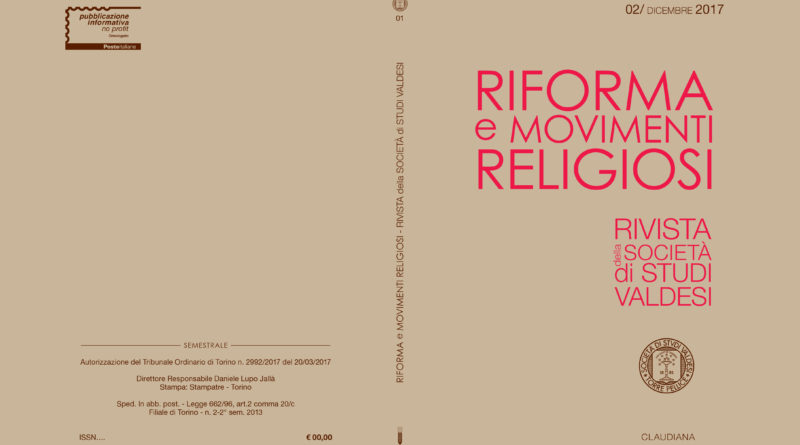 How is it possible for similar religious beliefs that share most of the same underlying theological assumptions to develop such different ways of dealing with the phenomenon of politics? Lutherans, Calvinists, and Anabaptists all had beliefs grounded in the Reformation, yet related very differently to the “fact” of politics. This question was for both Weber and Borkenau a social-political enigma, which they tried to solve by mobilizing the idea of Weltbild, world-image. The two thinkers use the same concept, but with different meanings. So by analyzing how Borkenau and Weber explain the political diversity of these beliefs, it will be possible to define more precisely what is meant by ‘world-image’.

What was the significance of the Reformation for Max Weber? This article examines the question from two different viewpoints. In the first part, the Author demonstrates that the real place of The Protestant Ethic and the Spirit of Capitalism in Weber’s theory of the emergence of the modern capitalist economy and of the process of western modernization can only be understood if Weber’s essay from 1904-05 is read in the context of his later writings on the ancient economy, the medieval city and the economic ethics of the religions in China and India. In the second part of the article, the Author analyzes the reasons why Weber attributes to Lutheranism a large part of the responsibility for the difficulties encountered by Germany on its path to political modernization.

The article analyzes the meaning of and the reasons for the Weberian definition of the sect as an anti-political social formation. The anti-political nature of the sect is, on the one hand, a not negotiable demand for freedom from political power (negative freedom); on the other, it lies in the intertwining between the unavailability of obedience and the disinterest in the command that defines the sect as a form of religious anarchism. The origin of the anti-political nature of the sect is identified in the principles that define the sect as a specific social formation: horizontality of interaction and electivity of belonging on the one side, particularism and lack of responsibility on the other.

In 1895 the jurist Georg Jellinek published Die Erklärungen der Menschen und Bürgerrechte on the comparison between the American Bills of Rights, dating back to the American Revolution, and the French Declaration of 1789. From the perspective of the History of Political Thought, the Author analyzes Jellinek’s essay as a pioneering work for understanding Max Weber’s historiographical perspective, which relates religion to social development. Jellinek was the first to focus on the relevance of the religious dimension and in particular Protestantism for reconstructing the origin of the Bills of Rights and human rights. The Author analyzes Jellinek’s insight in relation to his juridical and political theory with the purpose of stressing how his interpretation of the Bills of Rights is functional to a positivist and historicist foundation of rights.

This article seeks to dissipate some doubts about the main aims of Weber’s study on The Protestant Ethic and the Spirit of Capitalism. It suggests that rather than as an historical issue in itself, Weber saw the Reformation as a turning point in the cultural explanation of the long-term passage to mass capitalism, mass labor and modern mass manufacture in the late nineteenth century. Starting from the observation that there is a territorial correspondence between the countries where the Reformation asserted itself politically and those where modern capitalism first spread, Weber builds an ideal-type for historical comparison over time and space. He locates in the Reformation the birth of a new intramundane ethic, thereby proposing a cultural explanation in opposition to the economic orthodoxy of his time, as well as of the conditions that made possible the political rise of the bourgeoisie and a formally free mass labour.

The article deals with the Weberian interpretation of Luther. Its starting point and main argument is that Luther had an ambivalent position with regard to the development of the spirit of capitalism and, more in general, of Western rationalism. An analysis is made of the premises to this particular “position”: the identification of Lutheranism with a form of inner-worldly mysticism; the central importance of the principle of sola fide and Lutheranism’s tendency to assume the features of a Glaubensreligiosität; and, above all, the presence of an attitude such as indifference to the world (Weltindifferenz), radically different from the rationalism of world mastery (Weltbeherrschung) in Calvinist asceticism. All these elements, in the Author’s opinion, helped to form a deeply traditionalist economic and social ethos and a conservative political orientation.

Giovanni Tarantino, Entangled Histories of Emotions in the Mediterranean World