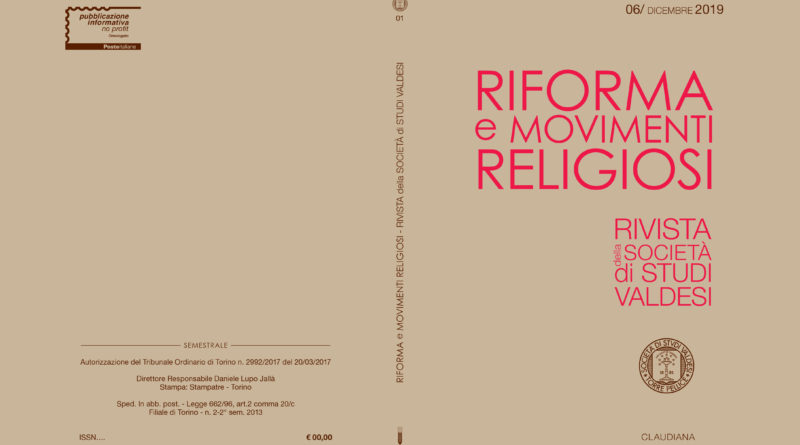 This essay reconstructs the path followed by Girolamo Bartolomeo Piazza (1670?- 1741), a Dominican vicar of the Inquisition in the March of Ancona who converted to Reformed Christianity. He left the Papal State for Geneva, then Berlin, and lastly Cambridge, where he ended his days. His life enables us to retrace the fortunes of a defector moving through Europe and his role in disseminating Italian culture in Hanoverian England as well as in the tensions connected with the political and military reactions aroused by Catholic intolerance in Protestant Europe. What emerge also are the stages through which a member of the Inquisition’s court ended up viewing his own activity with detachment and then revulsion, to the point of feeling compelled to recant and convert.

«Sbandire la mendicità». The Waldensian and Catholic assistance to the poor in 18th Century.

The purpose of this study is to investigate the approach to pauperism in Pre- Industrial world, focusing on the Waldensian and the Catholic villages located in Piedmontese valleys. The author analyzes two charitable institutions: the «Borse dei poveri Valdesi» and the Hospice of Catechumens of Pinerolo. This article, which is based on the records of these two institutions, looks closely at the people who had recourse to their assistance dur- ing the Eighteenth century. The strategies emerging from poverty, underlines a fluid image of the Piedmontese social and religious context in which biblical precepts and confessional influences created a peculiar organization of pauperism.

The aim of the Article is to describe the reactions to the Neopaganism delineated by Alfred Rosenberg among various intellectuals of diverse faiths in Italy, Germany and Scandinavia. Particular consideration is given to the opinion of Swedish Catholics and Norwe- gian Lutherans on the religious and political relations between the various Churches, Fascism and National Socialism. Within this complex landscape of spiritual and ideological intersections, the Author has attempted to draw the picture of a slender but robust “Christian International” with an anti-Fascist and anti-Nazi hallmark.

ANNA MALGERI, Sabbateanism in Italy and its Mediterranean context