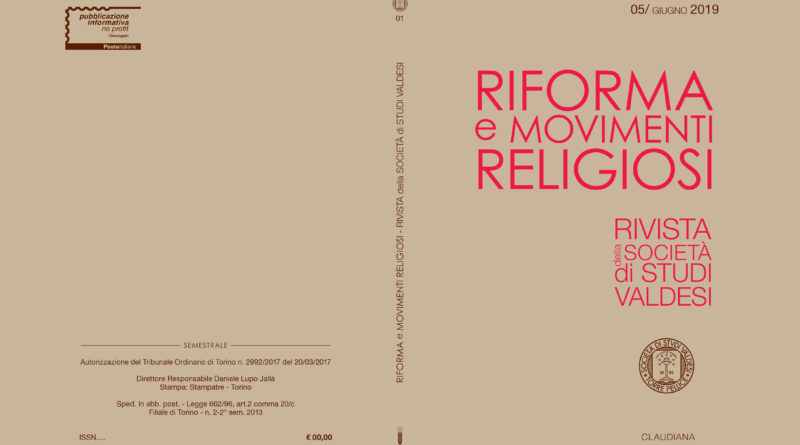 The author suggests a new interpretation of an unusual scenic representation of the
Creed, etched by the German artist Daniel Hopfer around 1524. The original illustration
of the Apostolic Symbol is compared on one side with the iconographic Christian tradition,
in particular with Block Books and Incunabula, and on the other side with new evangelic
lectures of the Creed. Specifically the author founded the textual source for the Hopfer’s
print. It is an explanation of the Apostolic Symbol, written by Urbanus Rhegius and printed
in 1523 in Augsburg, where the preacher and the engraver work and divulge with different
instruments, the message of moral and spiritual renovation of the Reformation.

Until the late 17th century, one of the main transit routes between the Republic of Venice and the eastern Imperial territories was the Pontebbana road. The valleys of Canale del Ferro (Venetian) and Kanaltal/Valcanale (imperial) constituted the Alpine section of this artery. The spread of heterodox ideas in the communities of the two valleys was not only in a downward direction – from the areas that had sided with the Reformation to the
Catholic ones – but also ascending – from Venice and the Friulian centers that hosted heretical groups towards Carinthia. One of the driving forces behind the spread of these ideas was commerce. A significant number of the people involved in the heresy trials celebrated by the Holy Office of Aquileia and Concordia, as well as of the families who in the imperial area were identified as followers of the Reformed creed, were involved in trade, especially of iron and timber. The article aims to reconstruct the role played by merchants in disseminating the ideas of the Reformation between the 1560s and the early 17th century. In particular, an analysis is made of the career and readings of Francesco Salone, a merchant resident in Chiusa but of Venetian origins, who was put on trial for heresy by the Holy Office in 1581. Finally, use is made of the letters of pre Salvatore Secreto to the vicar of the Patriarch of Aquileia on the situation of the parish of Malborghetto. Here coexisted groups that had gone over to the Reformation and families remaining Catholics, all involved in the mercantile trade that spread through the valleys. His role was to promote the recatholicization of the community.

This essay aims to reconstruct in a long-term perspective the history and activity of
the Order of Mercy, from its foundation in 1218 to the first half of the eighteenth century.
Together with the Trinitarians, this Order was one of the most important religious orders
dedicated to the cause of the redemption of captives, that is, the liberation of Christian
slaves in the hands of Jews and Muslims in North Africa and the Middle East. The Author
examines the subject from both a historical and jurisprudential point of view, linked to the evolution of the Mercedarian canonic legislations. The evolution of the Order and its Constitutions are outlined, focusing on the main moments of reform in order to identify the most significant changes: from the “clerical turn” of 1317 to the introduction of the
“fourth vote”, and from the Reformation of 1574, with the transition from the life-long to
the time-based generalate, up to the split between Calced and Discalced (1603-1606) and to the reforms in the redemption procedures introduced in the XVIII century by the will of the Spanish monarchy.